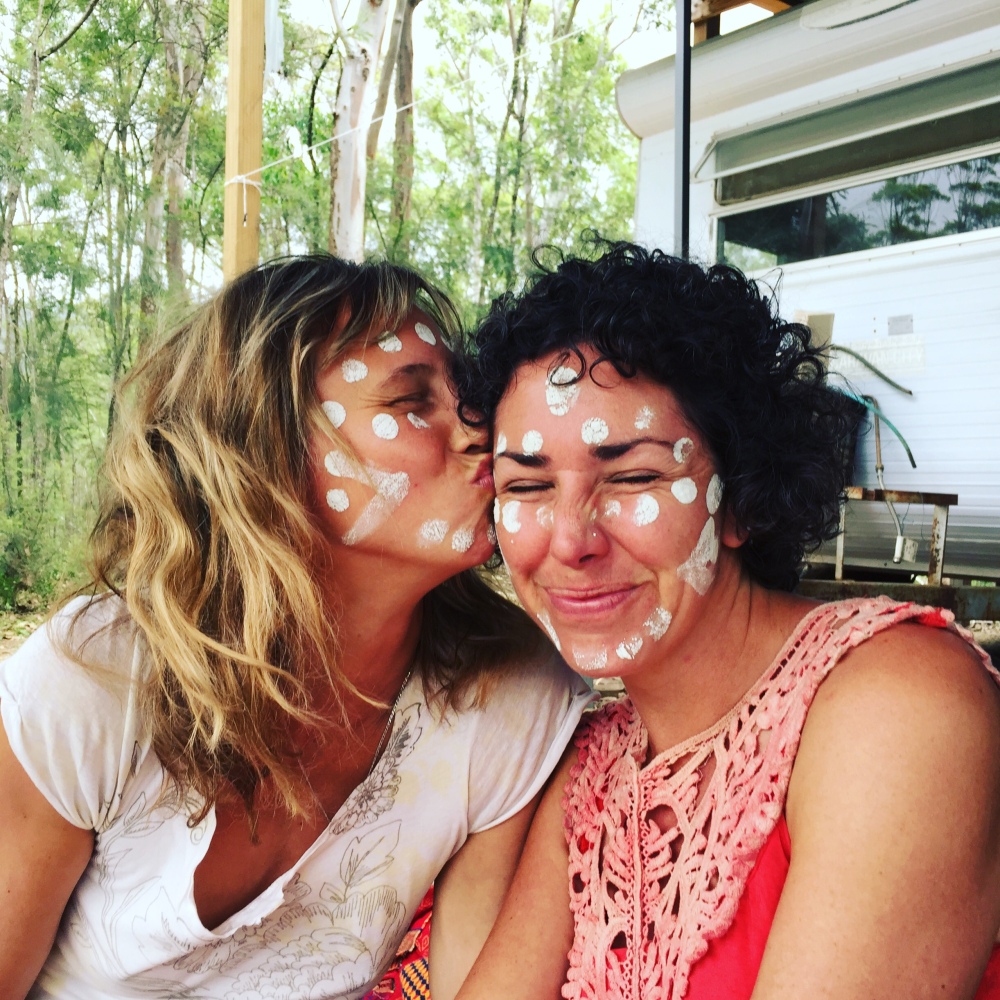 It’s been a few weeks now that I’ve spent a weekend in the Australian bush, honoured and privileged to learn some of the ancient dream time stories, ways, laws and ceremonies of this land from an elder Aboriginal mother, grand-mother, healer and medicine woman.

Whilst I’m not going to go into details here on this platform, I have been sharing plenty of the stories with my students, village and children. Now, rather than telling the kids off when something’s gone wrong, tradition has it to tell them a story. For example, if they are feeling stuck, are fearful of moving forward, paralised by grief or sorrow, then the story of the kangaroo is told. Kangaroos can only move forward… When it comes to stubbornness, the story of the wombat is told. If one needs to learn to better understand his limits, the Emu story comes out etc. I feel this is a much kinder and more effective way to guide both old and young – skipping the unnecessary waste of energy parents often spend on frustration and anger. Every moment, an opportunity for growth for everyone involved.

The importance of grounding and Earth connection

There were so many learning moments, as well as a beautiful grounding experience back to Pachamama, our Mother Earth. Traditionally, both Aboriginal and Maoi culture buried a new born’s placenta. This was a unique sign, similar to your finger print, that you had arrived on earth. This way, Mother Earth would look after you, with grounding, protection and abundance, and you grew up with an inherent sense of respecting the Earth. Looking around us, it is needless to say that most of us have lost this connection and sense of responsibility to look after our planet.

Worldwide synchronicities – it all comes back to one-ness

Overall, I can’t help but notice the huge similarities of stories and traditions across all ancient cultures. The two headed snake helped bring the first people of Australia – and also gave birth to greed and compassion. In Yoga, the Kundalini serpent lies dormant waiting to awake to divinely reunite Shakti, our creative, feminine power, with Shiva, universal consciousness. If suppressed or released prematurely, it can leash out in all sorts of demons. In shamanic teachings from the Inca empire, the snake represented Uku Paca, the lower world from where three steps could lead past the puma in our world to the condor in the skies…

I hope one day I will get the chance to write a phd or similar on these fascinating synchronicities. If, by chance, any of you dear readers have done so already, please do get in touch! I am always keen to learn more.

The dark as important as the stars

On a different occasion, I had another aha moment when my children and I learnt about Aboriginal star constellation. When the elders gaze into the Milky Way, for instance, they don’t only give importance to the stars, but just as much to the spaces between them. As such, the dark flow through the centre of the Milky Way represents an ever important, life-giving river that flows across the sky. How often do we just try and glimpse the bright moments? Ignoring the dark valleys on our life journey that help give it colour, allow us to grow and most importantly facilitate the ascent back to Light.